With this update, we’re leaving 0.3.1 behind, and finally beginning the coveted 0.3.2 series! Would you believe it? 0.3.1 had 170 updates over the lifespan of almost 10 months. It first launched on 04/05/2019 and little did we know that it would have Nathan rewrite almost all of the back-end code for content management and mapping. Pack creator is officially obsolete and has been removed from the launcher. We salute you, the few who ventured into content management/creation with the Pack creator. It was never intended for consumer use and it REALLY did show. To heal the wounds we have released the Content Library, now within the Toolkit. After 2 years of service we needed to say a proper goodbye to the Pack creator though, and we did so in a video clip featuring Nathan and Dante, who co-wrote and composed the song:

We are truly sorry.

Now, this is a thing of beauty. What used to take hours, now in mere minutes, you can import all your valued, precious content with ease. There is a new concept: a palette, which takes a bit of getting used to. Palette tool before had a placement based system with all creators content jammed onto one page, without filters or searchability, now there are different palettes organized by creators, or by yourself! You can create palettes yourself! Click here to see a short video showing off how they work!

We uploaded a video walking you through importing various content into the Media library, and we broke it up to a bunch of smaller segments and embedded it into the module, so you can get started right after the update! An update to the FAQ section will follow shortly in the next couple of weeks.

Stay tuned next week, when Nathan will be releasing a deep dive into the history of content management here at Arkenforge 🙂

We’re at v4.0 of our Launcher! It’s hard to believe that we’ve gone through for major iterations now, each better than the last, and this one is truly the best yet! 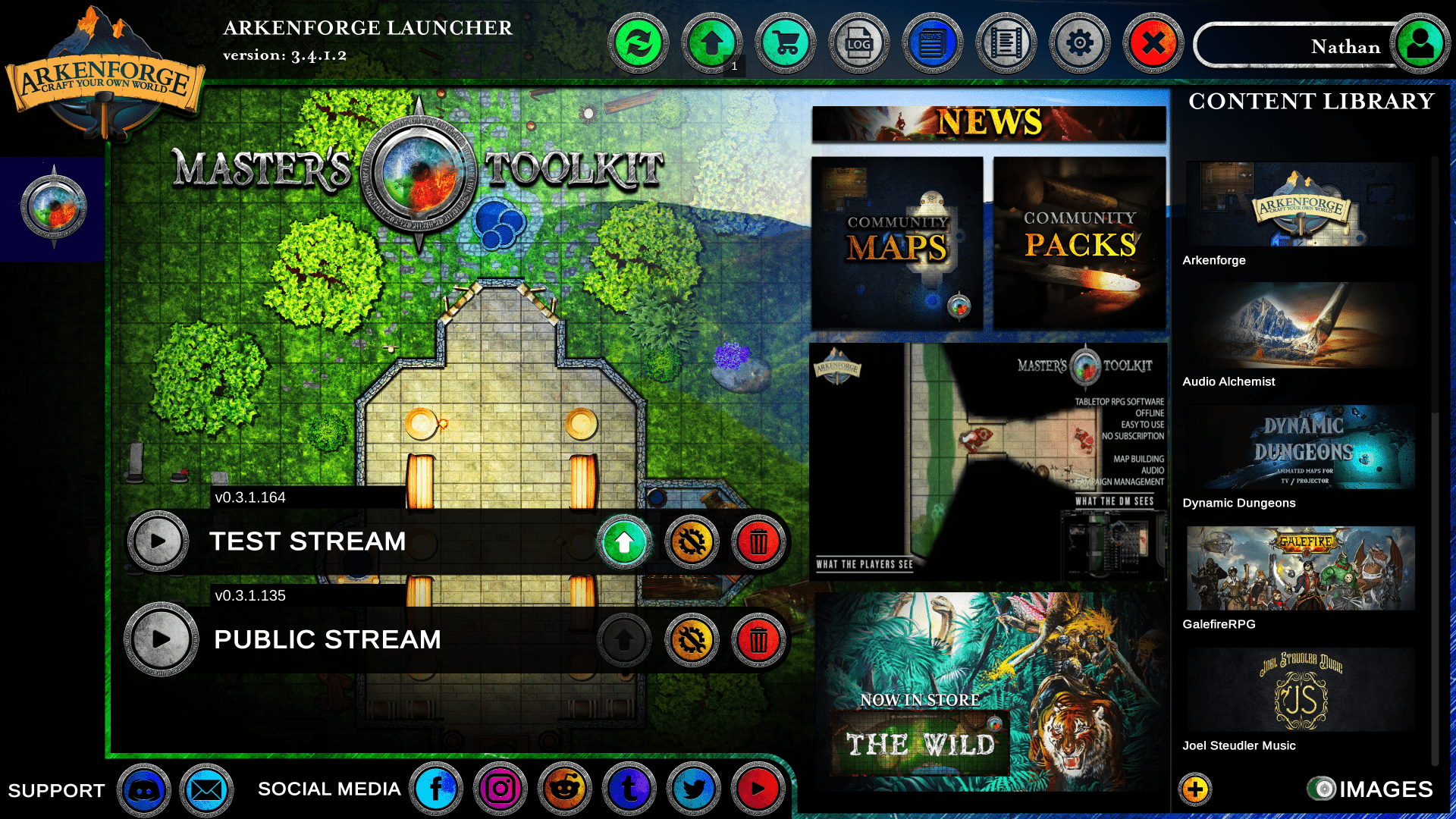 As you can see, it’s now fullscreen by default! No more having to quint to view tiny text. We’ve also made the Public stream and the Test stream separate installs, so you can jump between them without needing to do a full reinstall each time 😀

There’s a bunch of other UX improvements and other goodies, so make sure to check them out. 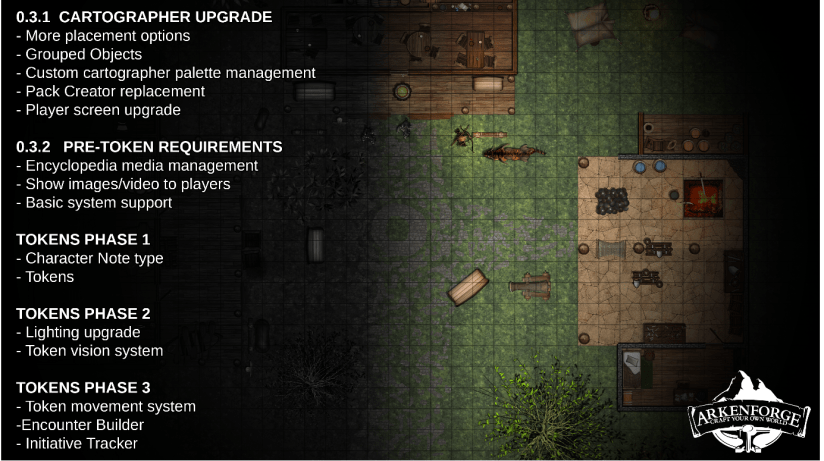